Monday Mindset: It’s All About Your Mindset

Mohamed Ali once said, “the man who has no imagination has no wings”.

I heard this saying for the first time this morning in the video I’m sharing with you below. I loved it because it’s so true!

Back when I was in high school, I was on the flag team, and before every competition, we would visualize performing our field show.

We would stand circled around a “boom box”, and as we listened to the music, we would visualize our movements through the entirety of the show.

Sometimes, we would even go through the motions.

At the time, I wasn’t quite sure why we did that. I only knew that the other girls were doing it, so I did it as well.

Now that I’m older and wiser, I know exactly why we did it.

And do you know, our entire marching band was one of the top bands in the area?

More times than not, Sweepstakes (the top award) and First Place was between us and our rival band.

There was a scientist by the name of Dr. Biasiotto of the University of Chicago who wanted to know how much of an athlete’s success is affected by mindset. So, he did a study with three groups of basketball players.

Group one tried to improve their free throws by practicing the same shot one hour a day for 30 days.

Group three didn’t do anything for 30 days.

The group that practiced for 30 hours improved by 24%. But what surprised the scientists the most was the fact that the group who only visualized making the shots improved by 23%! Just by visualizing!

Imagine how much they could have improved by practicing and visualizing!

And this isn’t just true for athletes.

You’ve heard the saying, “if you can imagine it, you can achieve it”, right?

This is true for all of us, no matter what we want to achieve.

Say you want to write a book. You can imagine finishing the book or, better yet, you can imagine sitting at a table in a book store, your finished, published book in sitting in front of you, and a line of adoring readers waiting to have you sign their copy.

Or maybe you’re a stay-at-home-mom and you have a goal of raising, well-adjusted, responsible adults. (Don’t we all??!) You can visualize yourself doing/saying the “right” thing, at the right time. You don’t even have to know what that “right” thing is. Just know… feel… that it was the right response.

So, here is the video I was talking about. I hope you find it inspirational because I sure did!

Until next time, dear friend, I hope you’re able to visualize the greatness that you truly are! 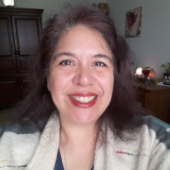 Release What Is No Longer Working for Greater Contentment & Abundance